John Hawley has been a commercial winemaker since 1980, including ten years as winemaker for Clos du Bois and six year as head winemaker for Kendall-Jackson. In 1996 he decided to get his hands dirty again and started making his own wines under the "Hawley" label. He ran a one-man show for about a decade before his sons joined the business full-time in 2005. In 2015 John stepped back from production to devote more time to falconry. 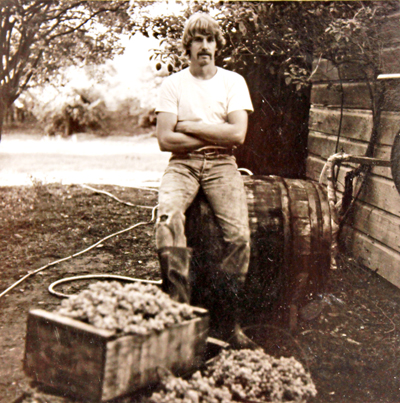 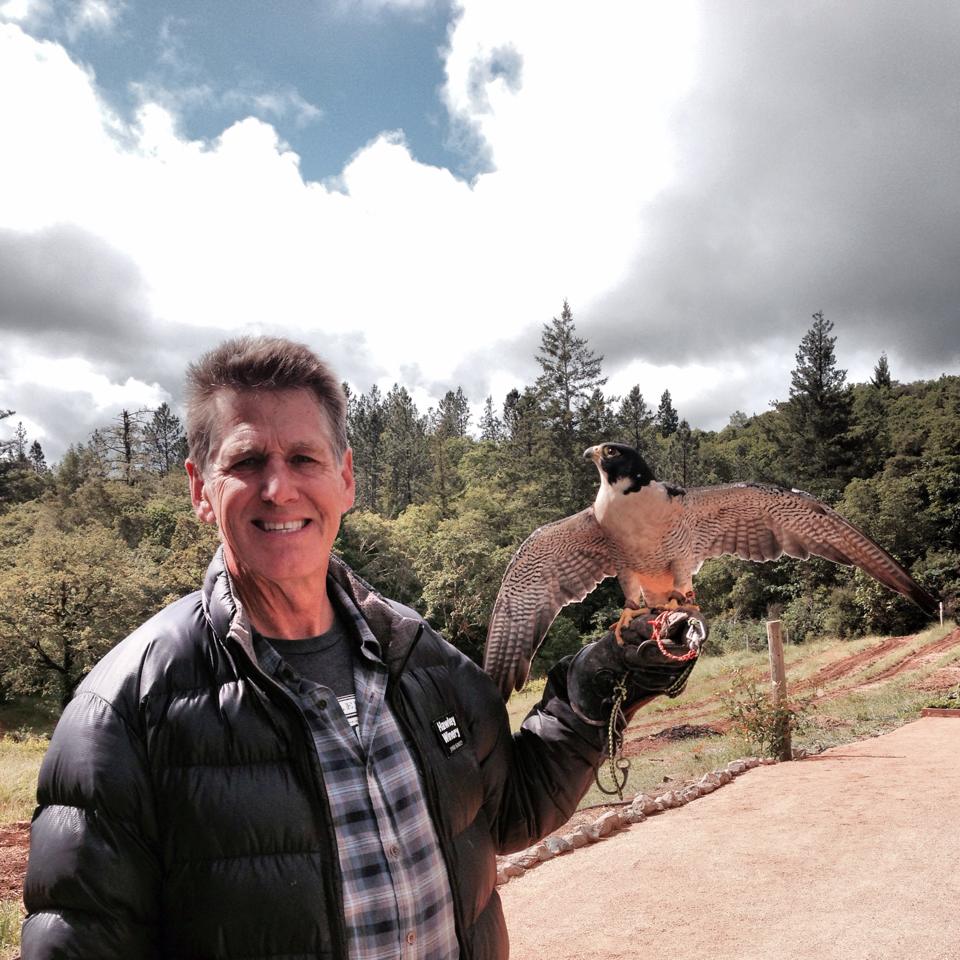 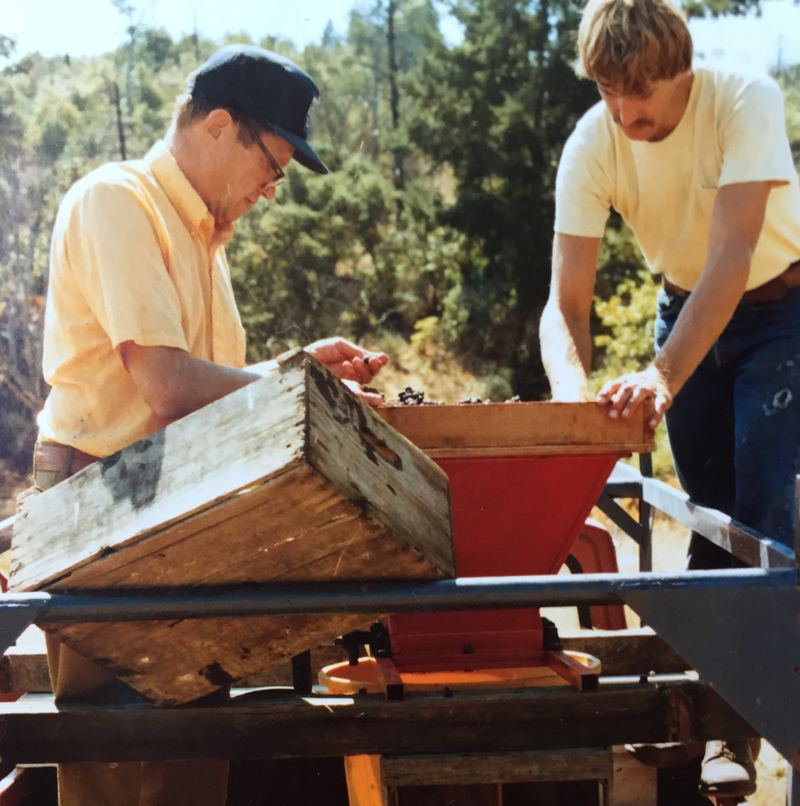 I first got interested in winemaking as a teenager growing up in Mill Valley California. I was fascinated by the fact that I could add yeast to any kind of fruit juice and produce a fizzy alcoholic beverage. But it wasn't until I began studying chemistry and microbiology in college that I realized that I could actually ferment for a living. In June of 1980 I received my Bachelor's Degree in Fermentation Science with honors from the University of California, Davis. The next day I moved to Healdsburg to assume the winemaking duties at Preston Vineyards. Preston Vineyards was a one-man operation at the time, so I had to learn real hands-on winemaking.

In March of 1981, with one commercial harvest under my belt, I was hired by Clos du Bois to be their first winemaker. They were a small operation, producing around 15,000 cases a year. It was a great opportunity for me to try out some novel winemaking techniques. At the time only a handful of tiny producers in California were barrel fermenting their wines. I was convinced that I could make a better Chardonnay by barrel fermentation. I can still remember how other winemakers ridiculed what I was doing. They would say, "Why go to all the trouble and mess? It's too risky! I can ferment the same amount of wine that you ferment in 100 barrels in just one 6000 gallon tank." Barrel fermentation did turn out richer, silkier wines, and within 10 years virtually the whole California wine industry had adopted this age old technique.

While at Clos du Bois I got a chance to work with a lot of grape varieties. From our initial release of Merlot in 1981, it was clear that this was a variety with broad appeal. Everyone who tasted it loved it. So when I planted my own vineyard in 1983, I planted seven acres of Merlot. A year later I added a one-acre block of Viognier to see how this interesting French variety would do in California.

Clos du Bois grew fast and garnered many accolades. By 1990 I was making over 200,000 cases of wine. That was when Kendall-Jackson hired me to be their chief winemaker. They were producing around 600,000 cases of mostly Chardonnay. I was ripe for the challenge. I was given the freedom to buy grapes from anywhere in the state, and was encouraged to use my creative instincts to improve and expand the red wine production as well as the white. It was all very exciting. By 1995 I was responsible for the production of over 2,500,000 cases of wine annually from six facilities.

In 1996, after 16 years of making wine for others, I decided that it was time to strike out on my own. I bought some barrels and fermenters, bonded my garage, borrowed a press, and with a lot of help from my friends and family, and considerable toil, became a small wine producer. I really love what I do. Every day poses new challenges, but I am the boss and everything is about quality. I work in the vineyards, handcraft the wines, and in my spare time I train hawks and falcons. -John Hawley