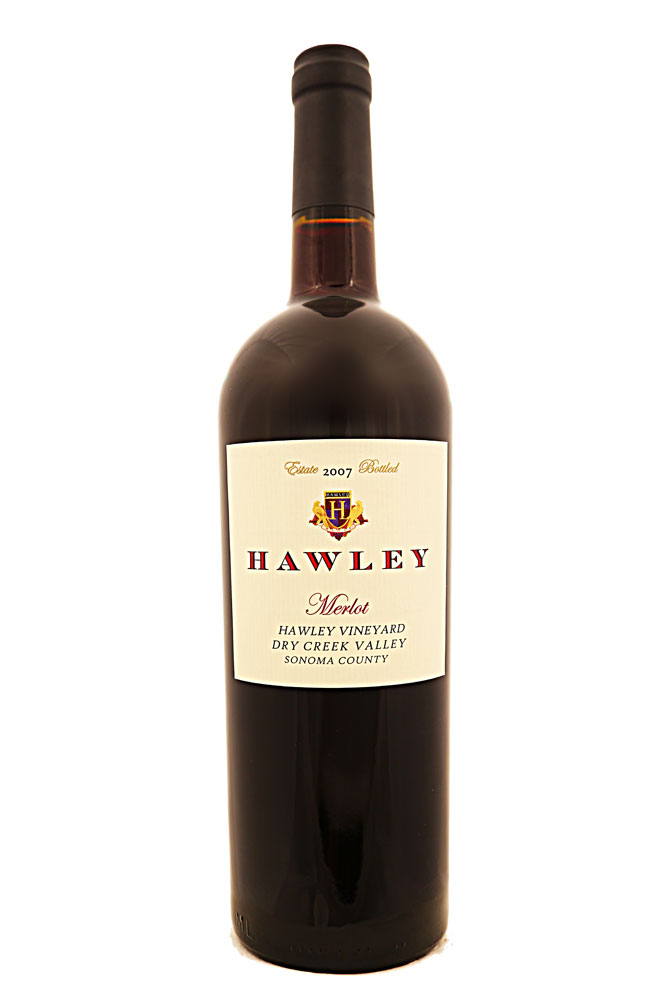 It’s hard to remember back to 2007, but a relatively smaller amount of rain caused early budbreak across the valley. It was a smooth and even growing season: sunny weather and warm but not hot temperatures until mid-August allowing the grapes to evenly develop both sugars and flavors. Once harvest was underway, everything seemed to be ripe at once. Just as tank space was about to become an issue, fog and cool weather arrived in early September to put a temporary halt to harvest. The reprieve in harvest was followed by sun and cooler than average temperatures, leading to a long, drawn-out harvest of Cabernet Sauvignon and Merlot. The growing season allowed for round, developed tannins with balanced acidity, perfect for aging wines. With 30 months of oak aging and 11% Cabernet Sauvignon and 5% Cabernet Franc blended, the 2007 Merlot is one that you will want to cellar for years to come. Though drinkable now, this wine will only get better. Hawley Merlot fans can attest to the wonderful ageability of our Merlot. This year is rich with aromas of dried cherries, boysenberry, sweet leather, and red apple skin. The palate is full of juicy black plums, cherries, and notes of vanilla oak. The finish is long and reminiscent of boysenberry pie.