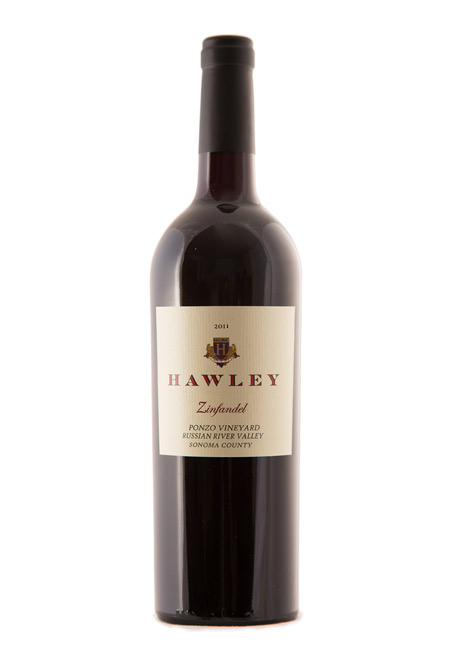 The Ponzo family has been farming their ranch just South of Healdsburhg, on the Russian River, since 1929. The vineyard lines the border of Dry Creek and Russian River Valley appellations. The grapes for this wine came from two separate blocks on the Ponzo ranch. The first is head-trained vines planted from cuttings off of the original 100-year-old vineyard on the property. The second is from a block closer to the Russian River planted with cuttings of the Ridge Geyserville clone.

2011 is widely cursed by growers and vintners as “the vintage from hell” because of a late harvest season and an early rainstorm. We were fortunate to pick most of our fruit before the rain. Luckily, the 2011 crop was smaller than normal and ripened before many of the other ill-fated Zin vineyards. The 2011 Zinfandel shows bright aromas of raspberry with notes of spice and pepper. It is rich and well balanced with ripe flavors of red plum and wild strawberries. The wine finishes remarkably long with spicy vanilla and brambly flavors lingering. This wine typically drinks best in its youth, and being recently bottled, could benefit from another year or so of bottle aging before being at its best.